Biden To Propose 8-year Path To Citizenship For Immigrants 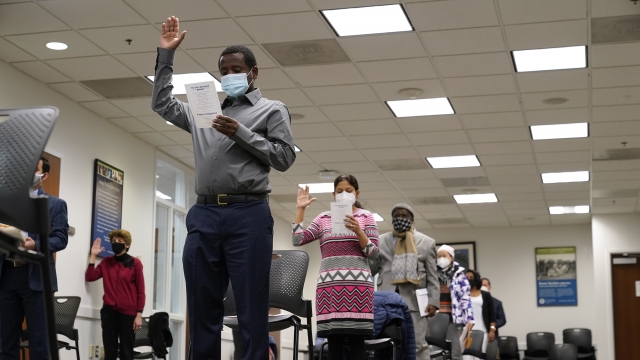 He's proposing an 8-year path to citizenship for the estimated 11 million people living in the U.S. without legal status.

President-elect Joe Biden plans to unveil a sweeping immigration bill when he takes office on Wednesday.

The bill proposes an eight-year path to citizenship for the estimated 11 million people living in the U.S. without legal status.

Undocumented immigrants living here as of January 1st, 2021, would be granted temporary legal status for five years if they pass background checks and meet the basic requirements.

They could then pursue a three-year path to naturalization.

The bill is considered a reversal of the Trump administration's immigration policies, which were criticized by rights activists as restrictive and inhumane.