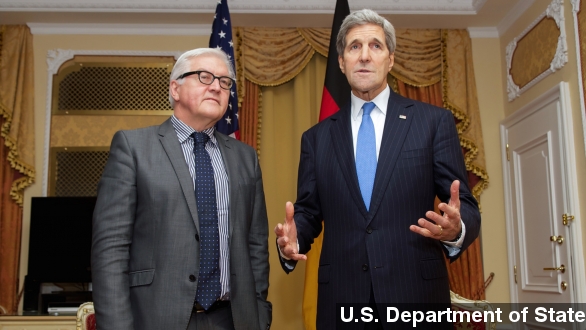 If significant progress is made between the P5+1 and Iran, talks could be extended Monday. If not, diplomacy could breakdown between the countries.

The clock is winding down on nuclear talks between Iran and the P5+1 countries, and as of Saturday, the group of nations still needed to make significant progress to meet the Monday deadline.

"We're working hard. We hope we are making careful progress, but we have big gaps, we still have some serious gaps, which we're working to close," U.S. Secretary of State John Kerry said Saturday.

Representatives from the U.S., U.K., France, Germany, China, Russia and Iran have been in Vienna, Austria since Tuesday trying to come to an agreement about curbing Iran's nuclear capabilities.

The bargain seems simple enough: the P5+1 is trying to get Iran to draw back on its nuclear program in exchange for relief on tight economic sanctions. Iran says the program is related to nuclear energy, while others fear the country could produce a nuclear weapon. (Video via Al Jazeera)

Monday's deadline represents the end of a tentative deal between Iran and the P5+1 in which Iran agreed to cut back on nuclear activities in return for less-restrictive sanctions.

Kerry's "big gaps" comment doesn't exactly sound promising considering the approaching deadline, but there have been other signs that a deal could be made in time.

Both Kerry and the Iranian Foreign Minister decided to stick around in Vienna through the weekend instead of leaving as initially planned.

And the German foreign minister told reporters a deal was as close as ever before. (Video via Euronews)

If a deal isn't reached Monday, it's hard to say what will happen, but extending the talks are a viable option.

Talks have already been extended once before. Kerry has said he isn't seeking an extension; however, British Foreign Secretary Philip Hammond said extending the talks could happen if there was "significant movement," according to The New York Times.

Alternatively, The Wall Street Journal reports, "They could stall the talks and reverse the modest sanctions relief Iran won in an interim agreement in November 2013. Iranian officials have made it clear that if talks break down they would quickly ramp up their nuclear program."

And that could lead to dire consequences. In 2013, both the U.S. and Israel threatened military action if they felt Iran was producing a nuclear weapon.

"Sanctions must be coupled with a clear and credible military threat if diplomacy and sanctions fail," Israel President Benjamin Netanyahu said.

Despite the progress needed to be made, an unnamed Western diplomat told the Wall Street Journal that, "everything could still happen."