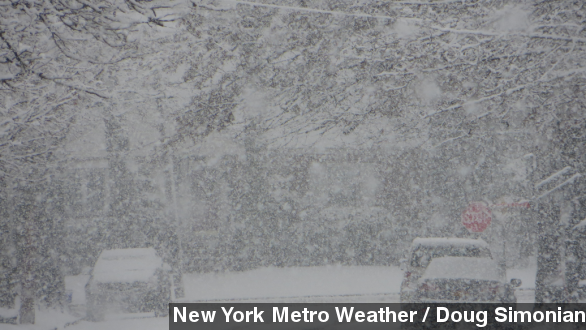 An old-fashioned nor'easter is headed for the Northeast. It's expected to dump more than a foot of snow in some parts.

​​Parts of the Midwest and the Northeast are gearing up for what meteorologists are calling the biggest winter storm of the year.

They're calling it winter storm Electra and she’s charging up as we speak. Winter storm watches and warnings have been issued from Missouri to Maine.

"There's going to be very heavy snow across a lot of the interior Northeast. We have this difficult forecast with the line there being right along the major metros, Boston and down into New York." (Via The Weather Channel)

That line of heavy snowfall could still change, but meteorologists in New York are thinking it will stay south of New York and Boston.

"There's a big range of potential snow. North of the city you could see in excess of 9 inches of snow, I mean even parts of New Jersey not that far from the city. ... 3-5, though, on average in and around town." (Via WLNY)

So it looks like — at least for now — it won't be a record-setting blizzard but definitely a storm that will cause major travel headaches.