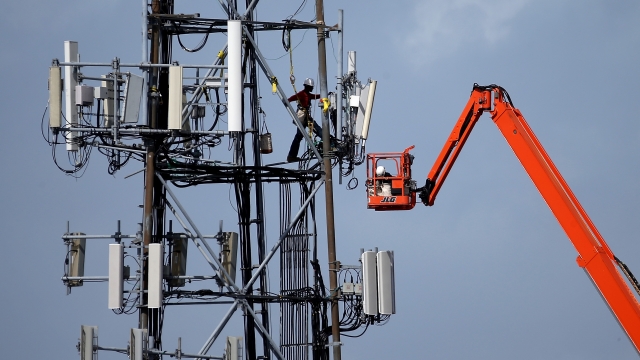 Members of the House Energy and Commerce Committee want to help small telecommunications providers rip out and replace Huawei equipment in their networks.

Committee leaders introduced a bipartisan bill Tuesday that would authorize $1 billion to assist those providers. The legislation would also ban the use of federal funds to buy communications equipment made by companies that pose a national security risk.

The bill specifically calls out Huawei and ZTE. The U.S. has long believed Huawei devices pose a national security threat, and it's even pressured its allies to move away from working with the tech giant.

Earlier this year, the Justice Department charged Huawei and its chief financial officer with working to bypass U.S. sanctions on Iran.

The Trump administration later placed Huawai on a trade blacklist that bans American companies from selling components to the tech firm without first getting government approval. The government has allowed certain exemptions until later this year to avoid disrupting existing technology.

In a joint statement, the top Democrats and Republicans on the committee said, "This bipartisan legislation will protect our nation's communications networks from foreign adversaries by helping small and rural wireless providers root-out suspect network equipment and replace it with more secure equipment."

The Senate Commerce Committee approved a similar bill in July that would provide up to $700 million in grant money to remove Huawei and ZTE communications equipment. Neither piece of legislation says where the money to help providers would come from.