'Very Hectic:' What It's Like To Be A House Impeachment Manager 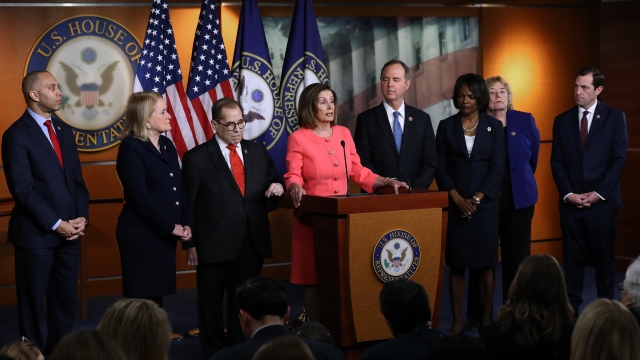 Bill McCollum, a House manager in the impeachment trial of President Bill Clinton, recalls his experience and shares advice for new managers.

Former Florida Republican Congressman Bill McCollum is one of a small handful of people in U.S. history who have argued to oust a sitting President in a Senate impeachment trial.

"I didn't particularly want to do it, not because I was afraid of doing it. It's just it was a very important thing. And I did not like the idea that a president put us in that position," McCollum said.

In January 1999, McCollum took the lead in presenting a summary of the case against then-President Bill Clinton to the Senate.

"I took the time to go to my apartment. I spent basically a couple of days sequestered there working on it. I drafted it myself and then got one of my assistants to do the typing of it. And then I rewrote it and rewrote it like you do if you're a novelist or something. Until I got it to the point where I could deliver it," he recalled.

"It was very intense, as I said, because it took a lot of work, I had to condense the entire arguments into a 30 minute period and weave together what was a pattern that the president had done," he said.

House Speaker Nancy Pelosi has chosen seven members of Congress to serve as House managers in the impeachment trial for President Donald Trump, emphasizing their experience with the legal system.

But McCollum — who served as a judge advocate for the Navy and later became Florida's Attorney General — says laying out legal arguments for the jurors in an impeachment trial can be trickier than a normal courtroom.

"They are very much like making an argument to a jury just in terms of the way that you go about what you're doing on the Senate floor. They're more of them and they're highly educated," McCollum said. "They probably know all about the facts of the case pretty much before they start. They're not excluded from listening to the outside world, which jurors usually are for the most in in a criminal trial. And this isn't following criminal rules. The rules of evidence don't apply here. It's all of whatever the Senate says."

His advice to the new House managers? Don't get distracted.

"The hardest part is just focus. There's a lot of distraction going on out there. If you let it take place and I would certainly recommend to these managers that they keep their focus. Their job is to represent the House and present the House's case," he said.