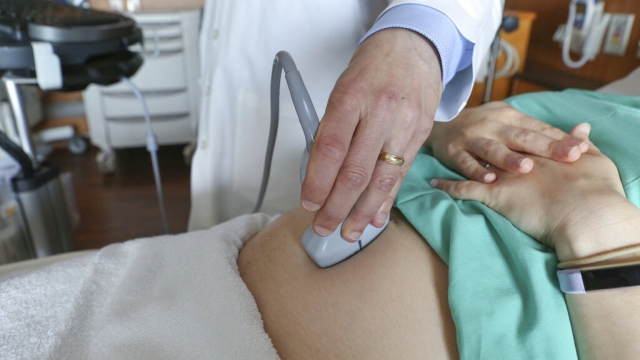 The American College of Obstetricians and Gynecologists says early pregnancy loss occurs in about 10% of known pregnancies.

Emma Elms was happy to break the news of her first pregnancy. But about eight weeks in, she found out she'd miscarried and would need medication or surgery.

“I still had the 'what ifs.' Like, what if me running on the treadmill did it? Or me rowing or doing burpees? Or, like, I work out. I'm just like, did I do something wrong?” Elms said.

“Am I working too hard? Is it my fault because I waited so late in life to try to have children?” said Sen. Tammy Duckworth.

Sen. Tammy Duckworth of Illinois asked herself similar questions as she dealt with the grief of a miscarriage and unsuccessful attempts at in vitro fertilization.

“It's absolutely a grief process like any other. I mean, the difference is that if you lose a family member or a friend, you can publicly grieve. But oftentimes, when IVF doesn't work, or if it works and then you miscarry, a lot of times, it's a silent grief,” explained social worker and fertility counselor Judith Kottick.

Mental health professionals say that grief is shared by some would-be adoptive parents, too.

“You can go through nine months with a potential birth mother and she can change her mind after she gives birth or before she gives birth,” explained Carolyn Berger,  co-founder of the American Fertility Association.

She says it doesn’t happen often, but when it does, the loss and grief are all too real for some.

Both Elms and Duckworth share the common experience of the push to get back to work.

“I had to get my medication. We decided to go that route and time it when taking it, when I was working remotely, so I could be as comfortable as I possibly could and be working still,” Elms recalled.

“I had control over my, you know, somewhat over my schedule, but I still had to go back to work. And I felt, like, adrift,” said Duckworth.

Duckworth says that’s why she, along with Rep. Ayanna Pressley of Boston, introduced Support Through Loss, legislation that calls for three days of paid leave after a miscarriage, unsuccessful IVF or adoption, as well as a diagnosis or event that impacts pregnancy or fertility. The measure would also apply to spouses and domestic partners.

The legislation also includes $45 million for research and a CDC initiative aimed at removing the stigma. The American College of Obstetricians and Gynecologists says early pregnancy loss occurs in about 10% of known pregnancies. The CDC says 24,000 pregnancies are affected by stillbirth each year. And the chances for a live birth after the first complete cycle of IVF is about 46%, according to researchers.

“Much like 30 years ago, when we first started talking openly about breast cancer, we need to be openly talking about failed pregnancies,” Duckworth said.

Elms says removing the stigma is why she’s talking about it today.

“I was pretty vocal about it because that's how I could cope with it. Because I felt like me talking more about it would make it more normal and okay,” said Elms.