Bill Richardson: The Strategies And Pitfalls Of Talking To North Korea 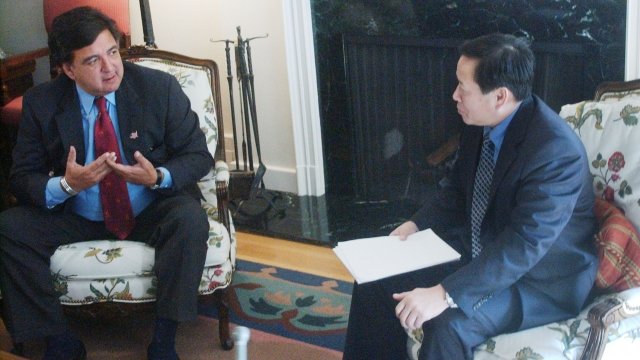 The former governor of New Mexico and ambassador to the UN has negotiated with North Korea before. He says quick solutions will be difficult to find.

Bill Richardson — former governor of New Mexico and U.S. ambassador to the United Nations — has negotiated with North Korea before. While he thinks any talks with Kim Jong-un's regime can be productive, Richardson says President Donald Trump's meeting with the North Korean leader next month should be looked at as a first step.

His first piece of advice to the president? Pull Kim Jong-un aside informally and hammer out what they want the summit to accomplish.

"The Why" airs Monday through Thursday 7-9 p.m. Eastern on the Newsy channel. Check your local listings.