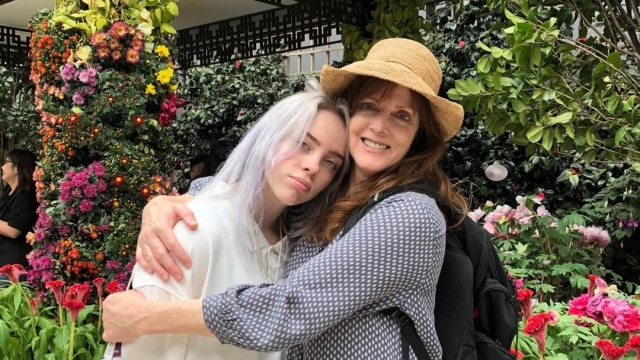 Coast to coast, despite social distancing, people are connecting to each other.

Like many of us, actress Maggie Baird says the coronavirus pandemic left her with a desire to help.

So Baird, the mother of Grammy award winners Billie Eilish and Finneas, says she started ordering plant-based food for first responders in California.

“I quickly realized that ... you've got to make sure it's going to arrive when they can use it. And you've got to find out if the restaurant can actually accommodate making that kind of food.”

So she put together an organization called Support and Feed. It works like this: Pull up the website, pick out a plant-based restaurant and donate, say, $25 worth of food. Once enough donations come in, the restaurant makes the food and packs it up. Partner organization Conscious Cleanup makes sure it's delivered to places like hospitals or homeless shelters.

Typically, during hard times, charitable giving drops. According to the Indiana University Lilly Family School of Philanthropy, “In 2008 and 2009 during the great recession, giving dropped 15%. But giving to places like food banks and homeless shelters grew by 10%.”

Hubbard then emails the family a photo. Instead of paying Hubbard, clients agree to make a donation to charity.

The movement has raised tens of thousands of dollars for charity, but the creators have since asked fellow photographers to hit the pause button to comply with stay-at-home orders.

From LA to Virginia, people are connecting to their fellow humans.

“We have a short amount of time to get them completed and there is a lot of need out there,” said Dlang Ferguson of Stitch Works Indy.

And encouraging our first responders. Everyday people finding a way.

“Billie and I, we've been fostering some puppies from Angel City Pit. Everything you do to help, whether it's the sign you put in your window, you know, we love you. It's the people who are drawing chalk on their front yard for people to walk by and see. Anything you do that feels like you're just giving one person a better day will help you get through it.”