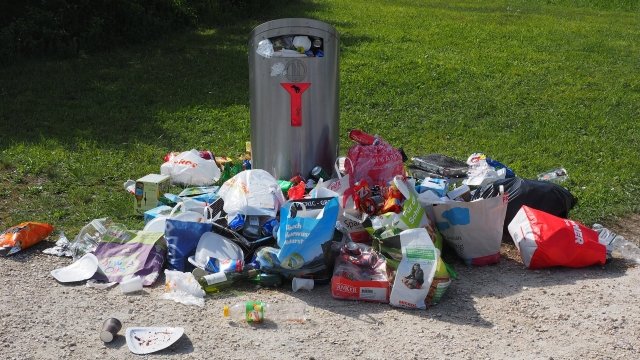 Some experts swear by waste-to-energy, but others aren't convinced.

Getting rid of the world's trash is becoming more important than ever. We're running out of room to store it, and garbage is a significant source of the methane and carbon dioxide that drive climate change.

Some experts suggest converting that waste to energy might be an eco-friendly solution. Scientists and experts say processing garbage into biofuel could reduce global carbon emissions by 80 percent and could reduce the volume of trash by about 87 percent.

Countries like Sweden and Norway swear by the process. In 2015, Sweden converted nearly 2.3 million metric tons of household waste into biofuel. And both countries claim to have nearly run out of waste and now import garbage from other countries to meet their energy demands.

There are ambitious plans to get the garbage out of the oceans — with giant filters and with your own two hands.

But waste-to-energy is still controversial. Some worry the convenience of turning trash into energy might deter recycling efforts and slow progress toward a goal of zero waste. Others point out waste-to-energy facilities still emit harmful greenhouse gases like CO2 into the atmosphere.

Dozens of cities in the U.S., Canada and China have blocked waste-to-energy efforts, expressing concerns about pollution and public health.

But waste-to-energy creates less pollution than landfills and other energy resources like coal and could still help reduce the amount of garbage in our landfills.