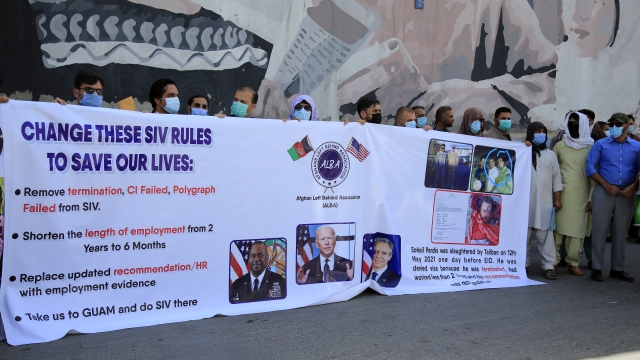 Those people live at risk of retaliation every day, especially after U.S. troops started to leave.

Thousands of people in Afghanistan who helped U.S. troops during a 20 year war are one step closer to getting some help in return

The House of Representatives approved a measure that would give 8,000 Afghans special immigration visas. It now heads to the Senate for approval.

Those people live at risk of retaliation every day, especially after U.S. troops started to leave.

This bill would also speed up the process of getting those visas approved. More than 26,000 of the visas have been approved since December 2014.