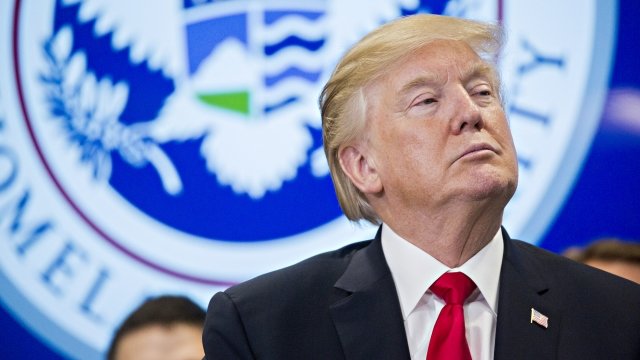 According to The Washington Post, the bill would grant citizenship to young undocumented immigrants who've been in the U.S. since 2013, as well as strengthen security along the U.S.-Mexico border.

But the bill reportedly won't immediately include funding explicitly for President Donald Trump's so-called border wall. The bill also reportedly doesn't address some of the other immigration items on Trump's wish list, like ending the diversity visa lottery program and family-sponsored migration.

Perhaps unsurprisingly, Trump seemed to reject the bill Monday on Twitter, writing, "Any deal on DACA that does not include STRONG border security and the desperately needed WALL is a total waste of time."

The McCain-Coons bill is a companion to a piece of legislation already introduced in the House, which has wide support from both Republicans and Democrats.