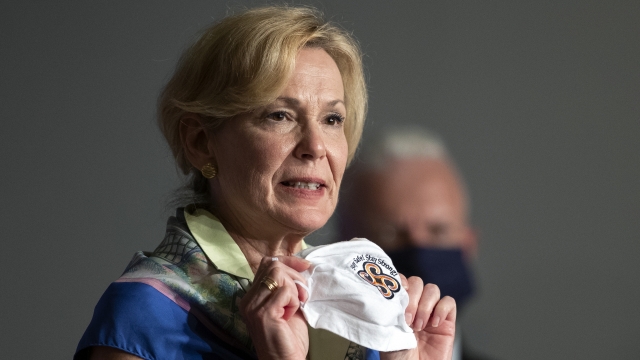 The White House has reportedly told leaders in 11 major cities to take "aggressive" action against the coronavirus. The Center for Public Integrity says the private conversations were prompted by rising rates of positivity in COVID-19 testing.

In an audio recording of the call, Birx said: "When you first see that increase in test positivity, that is when to start the mitigation efforts. I know it may look small and you may say, 'That only went from 5 to 5-and-a-half (percent), and we’re gonna wait and see what happens.' If you wait another three or four or even five days, you’ll start to see a dramatic increase in cases."

The Center for Public Integrity quoted critics criticizing the White House for talking with local officials in private conversations about coronavirus outbreaks and leaving the public out.

Last week, the center released a private White House report of states in a "red zone" for COVID-19 cases. The organization describes itself as a non-profit newsroom focusing on the influence of money and the impact of inequality on society.