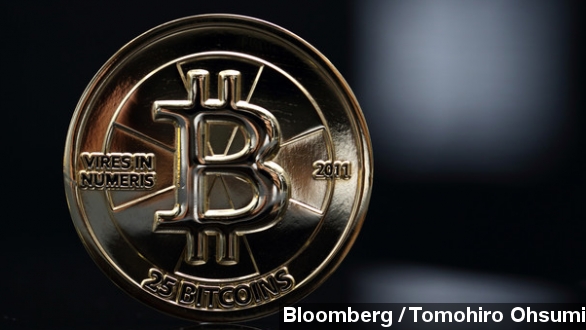 Cybercriminals stole 4,100 bitcoins, or $1.2 million, from a digital bank in two separate hacks.

Remember how old folks used to store their money in mason jars or underneath their mattresses? Not very practical now because we have banks.

But users of digital currency Bitcoin might want to take a page out of their book after two online hacks netted $1.2 million in bitcoins. (Via YouTube / weusecoins)

The alleged victim, who goes by the moniker TradeFortress, runs a virtual bank called Inputs.io. There, users can create a digital wallet to store their precious coins.

In an announcement titled ":(" TradeFortress said: "Two hacks totalling about 4100 BTC have left Inputs.io unable to pay all user balances. ... I know this doesn't mean much, but I'm sorry, and saying that I'm very sad that this happened is an understatement."

That's a peculiar piece of advice considering bitcoins are digital, his company stores them online and transactions happen on the Internet. But you don't have to store them online.

As Wired reports: "A collection of bitcoins is essentially a private cryptograph key you can use to send money to someone else. ... You can ...  store it on an offline computer — and even on a physical item here in the real world, writing it on a piece of paper or engraving it on a ring."

This Bitcoin heist comes as the digital currency continues to increase in popularity. One bitcoin is now worth more than $300, and last week, a Vancouver, Canada, coffee shop opened up the first Bitcoin ATM. (Via ABC)

According to Businessweek, even the U.S. Senate has expressed interest. The U.S. Senate Committee on Homeland Security and Governmental Affairs said in a statement it'll meet this month to discuss advantages and disadvantages of virtual currency.

Despite the popularity or interest, VentureBeat reports bitcoins are volatile because of the numerous instances of hacks. Not only that, but bitcoin isn't controlled or linked to a central bank, so it can't be regulated.

TradeFortress is now attempting to pay back some of his customers with money from his personal account. But he doesn't plan on reporting the million-dollar theft to authorities because — as he expressed — they could only take "limited actions."