Bitcoin Crashes Below $30,000 For First Time Since January 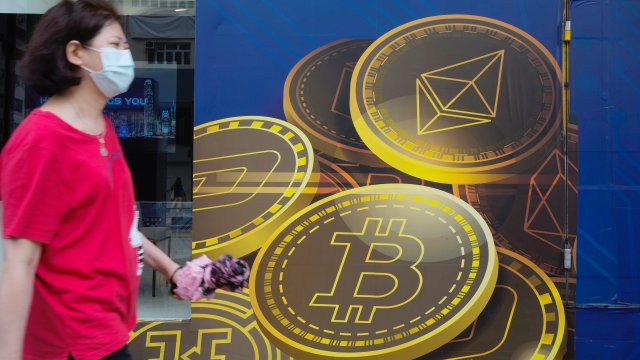 The price of a Bitcoin is back below $30,000. This is such a crash, at one point Tuesday morning, Bitcoin even turned negative for the year.

The volatile currency started seeing its value slide in May after China's central bank summoned payments firms like Alibaba and other major lenders and told them to stop crypto-related services.

Bitcoin's value also fell dramatically after tweets from Elon Musk — he reversed his approach to Bitcoin over environmental concerns, saying Tesla would no longer accept the cryptocurrency as payment.

With Tuesday's losses, Bitcoin has lost half of its all time high value of $64,000, hit in mid-April.

Not all governments are pushing back on cryptocurrencies, though. In early June, El Salvador became the first country to approve the creation of a law that would make Bitcoin legal tender in the country.