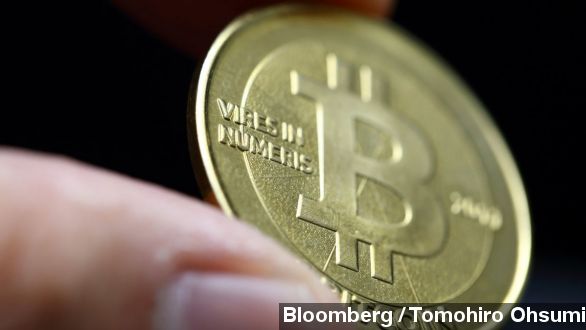 The value of the bitcoin dropped nearly 40 percent overnight. The digital currency dipped to $455 from Tuesday's high of $750.

If you've been betting on the bitcoin, this news will especially hurt. Value of the digital currency dropped nearly 40 percent overnight, dipping to $455 from Tuesday's high of $750.

What's worse is the value has tanked by more than half since late November, when it was listed at $1,200. (Via The Washington Post)

The value tanked following news that China's largest Bitcoin exchange would no longer accept it. (Via NBC)

This comes two weeks after China's central bank banned financial institutions from trading in bitcoin. It did so, it said, over concerns the virtual money could be used for money laundering. (Via Bloomberg)

And while that called into question the future of Bitcoin, as The Guardian notes, Bitcoin supporters argue a government banning Bitcoin doesn't mean much, as it's a decentralized currency to begin with.

Then again, for a currency whose value isn't regulated by any country or banking institution, the latest Bitcoin crash in China suggests the currency actually is pretty dependent on government. (Via Clark Moody)

As Kashmir Hill at Forbes writes: "This shows that a country can effectively kill Bitcoin within its borders. Bitcoin may be a stateless currency free of any country's control, but it still needs an official nod from the powers that be to facilitate widespread use."

And while it's a setback for Bitcoin, some analysts say it's an even bigger loss for China.

A writer at Quartz put it this way: "By shunning bitcoin, China … may be passing up the chance to leapfrog the rest of the world by fostering the growth of bitcoin-esque digital currencies and the secure, efficient payments that they may enable."

The Bitcoin backlash in China comes about two weeks after a U.S. Senate committee noted Bitcoin's potential benefits and declared it a legal means of exchange.