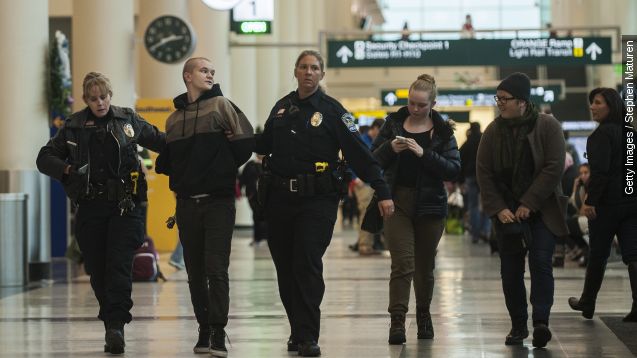 Officials say arrests were made at the Mall of America and at Minneapolis-St. Paul International Airport.

Two days before Christmas it's hard to find two places busier than a mall and an airport. So that's exactly where Black Lives Matter protesters in Minnesota went to demonstrate Wednesday.

Last year, more than 1,500 people gathered at the Mall of America to protest police violence. This year, they planned to do the same and succeeded, sort of.

And yet, KARE reports protesters still showed up Wednesday. Dozens of stores closed as demonstrators flooded the mall early in the afternoon. The mall went on lockdown, police ushered everyone out and protesters headed to the Minneapolis-St. Paul International Airport.

There they shut down traffic, disrupted airport light rail schedules and blocked security lines. The group is chalking it up as a success.

A post on the group's Facebook wall reads in part: "Today we shut down the Mall of America, Minneapolis Airport and light rail as part of a nationally coordinated protest. The fact that black people get constantly harassed by police forces at every level, local and federal, in airports, malls and on the streets of America is no longer acceptable."