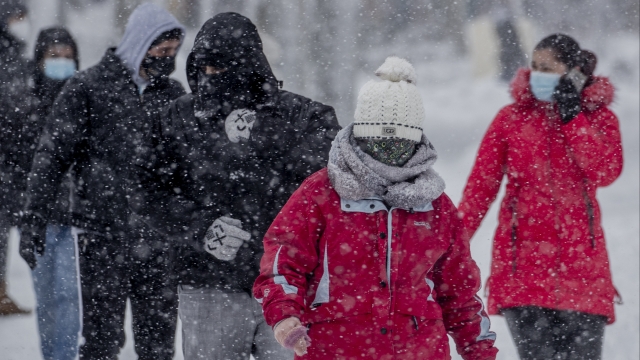 The military is called in to rescue thousands trapped in cars as record snow causes massive disruptions.

An unusual blizzard in Spain has blanketed large parts of the country with snow, leading to the deaths of at least three people and stranding residents in its largest cities.

The snowfall from Storm Filomena was so intense that it trapped thousands of people in cars and left many more unable to leave railway stations and airports as transit ceased amid the blizzard Saturday. The military was called in to help with the rescue effort, with soldiers working for hours to reach stranded drivers.

The storm has brought the heaviest snow Spain has seen in at least 40 years. And half of the country has activated a red weather alert for the first time, as the national weather agency warned there could be more than 24 hours of consistent snowfall still to come. Madrid is one of the worst affected areas. It is expected to see an additional eight inches of snow in the next day.

The blizzard has also caused rivers to burst their banks. Spain's interior minister said a man was found dead under the snow northwest of Madrid, and two other people were swept away by floods in one of its southern cities.

By Saturday morning, more than 430 roads were disrupted or shut down. Spanish railways and the main gateway in and out of the country have been closed. Many residents donned ski gear to get around, while others heeded warnings to just stay indoors.