Bob Dole On Ted Cruz: 'Nobody Likes Him' In Congress 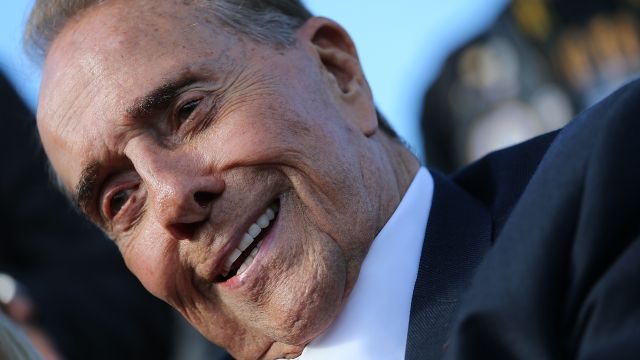 Former Kansas Sen. Bob Dole spoke out against Ted Cruz in an interview with The New York Times.

While there have been plenty of political endorsements this campaign season, there have also been a few disses.

One of the most recent was from former Kansas Sen. Bob Dole. When speaking about Texas Sen. Ted Cruz, he told The New York Times, "Nobody likes him," referring to members of Congress.

The 92-year-old Republican also said that Cruz is too conservative. But his thoughts on Cruz aren't anything new.

In December, Dole told MSNBC if Cruz was the final Republican candidate going into the polls, "Well, I would — I might oversleep that day."

Keep in mind Dole himself ran against Bill Clinton during the 1996 presidential election.

So who does have Dole's bid? That's changed a bit. In that same MSNBC interview, he seemed on the rocks about Donald Trump and for Jeb Bush.

But more recently he told The New York Times he wasn't sure Bush could "break out," and he seemed to have changed views on Trump. He said he thought Trump was the only one who could win over Cruz.