People Are Mad About This 'Bodega' Startup — Here's Why 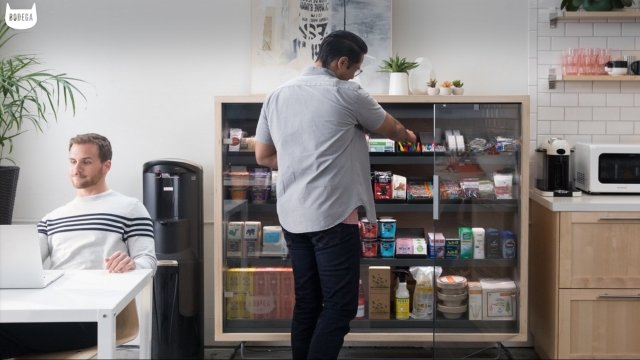 Critics argue the "Bodega" startup could force real bodegas out of business.

In just one day, this "pantry box" company seems to have become the country's most hated startup.

"Bodega," an automated retail box, uses cameras and an app to record and charge customers for purchases. The company plans to take on traditional convenience stores and set up shop near offices, apartments, gyms and college campuses.

Two ex-Google employees developed the service and unveiled it on Wednesday. Within hours, it garnered criticism and anger on social media.

Critics railed against the "glorified vending machine" for its potential to undercut actual bodegas and gentrify neighborhoods. Defenders of the physical stores argue bodegas are about community as much as convenience.

A Puerto Rican Neighborhood Found A Way To Avoid Gentrification

A Puerto Rican canal community found a way to improve the area without pushing out low-income residents in the process.

In regards to the cultural value of bodegas, the businesses are closely associated with immigrants and first-generation Americans. Some say bodegas allow those families and communities to thrive.

The company founders addressed the concerns in a blog post, saying they don't intend to put corner stores out of business. Elaborating on that point, they wrote that corner stores "offer an integral human connection to their patrons that our automated storefronts never will."

But real bodegas are struggling due to the rise of chain stores and rising rent. The New York Times reported about 75 stores closed in New York City between January and August 2015, most of them in lower-income areas.

Would Bodega worsen that problem? Probably not. The Verge notes that if the company just marketed itself as a vending machine competitor, it might have avoided backlash.

Even beyond the outcry, critics still argue the service is unnecessary, overcomplicated and out-of-touch. Engadget compared Bodega to Juicero, a startup selling $700 juicers that "juiced" bags of juice. That company shut down earlier this month.

Bodega, in the meantime, is still running in the San Francisco area with plans to expand.