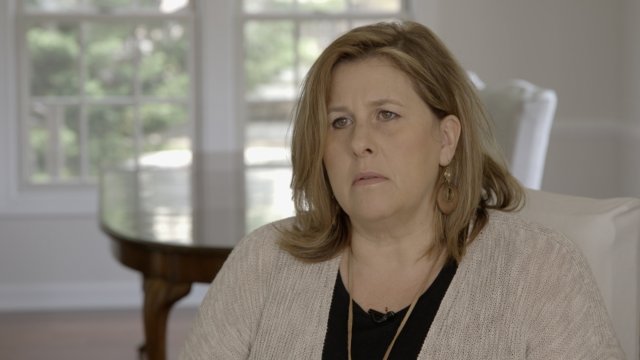 The rise in addiction and lack of regulation in the treatment industry has created a perfect storm of fraud and abuse.

Like any concerned parent, Donna Johnson was desperate to get her son help after he developed a drug addiction. But as she tried to get him the care he needed, she says she was taken advantage of by people who saw him as nothing but a lucrative business opportunity.

“He was just a cash cow. He had a good insurance policy. He was put into situations that nobody should be ever put in,” Johnson said.

Her son fell victim to body brokers — people who are paid by rehab facilities to recruit patients. They scout at AA meetings, sober living homes, and on social media, targeting vulnerable recovering addicts who have insurance. The goal is to lure victims into these supposed rehab centers and begin billing for care that often puts profits over patients.

For Johnson, it began with a post she made in a support group on Facebook, which led to messages from several people claiming they could help her son. That “help” included paying him to relapse so that he could stay in treatment.

“It’s like nothing that we’ve ever seen and of course you want your child to have help quickly and these vultures are there to take your child,” Johnson said.

Experts and those personally impacted by body brokering warn not enough is being done to stop the practice born out of the opioid epidemic. When the crisis exploded in the early 2000s, there became a huge demand for treatment with limited options for those in need. But that started to change in 2010, with the passage of the Affordable Care Act. The years since it passed have seen the continued expansion of treatment facilities as a for-profit business. From 2010 to 2017, the number of for-profit treatment facilities in the United States increased by over 20%.

Government and law enforcement have been slow to respond to the problems the rehab boom created, and there is no regulatory body overseeing the treatment industry. One area of the country that has taken the issue head on is south Florida, a place where victims are enticed with promises of warm weather while working toward sobriety. Palm Beach County State Attorney Dave Aronberg oversaw the creation of a task force meant to crack down on body brokering, and it’s helped lead to dozens of arrests in the state. And new laws, like the Florida Patient Brokering Act, established criminal penalties. But the rest of the country is playing catch up.

“As we have helped fix the problem in south Florida, it has moved to other places inside and outside of Florida. Places that are less prepared to deal with this growing problem,” Aronberg said.

Congress did pass an anti-body brokering law in October 2018, but most states have yet to pass their own legislation like Florida. Aronberg says a real fix needs to start by reforming the law that unintentionally allowed body brokering to thrive.

“It’s important for us not to get rid of the Affordable Care Act — it’s done a lot of good — but to fix it by changing the fee-for-service reimbursement model, which rewards the bad players in the drug treatment industry over the good ones, and instead replace it with an outcome-based reimbursement model, which rewards the good players and not the bad ones,” Aronberg said.

It’s not just Obamacare, though. Other federal regulations make it almost impossible for law enforcement to inspect sober living homes, where victims are often preyed on. And it’s not just our legal system that needs reform.

As for Johnson, her son struggles to this day, with his chances for real recovery crippled by his experience. And at least one of the facilities she calls negligent is still in operation.

“It definitely did more damage by exposing him to unscrupulous, unethical treatment centers,” Johnson said.