Body Neutrality Could Be A More Accepting Approach To Body Image 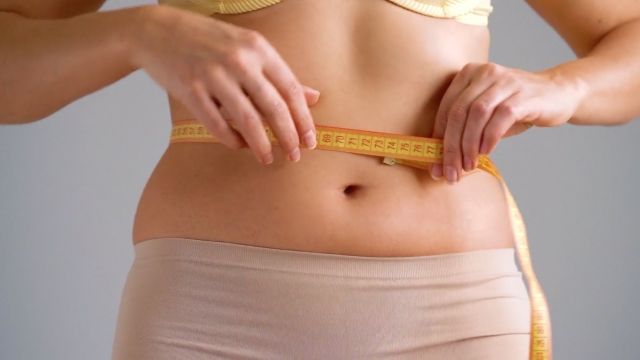 Body neutrality is a more realistic and authentic approach compared to body positivity that could even ground people.

It’s summer, which means showing a little bit more skin, and with that, getting us face-to-face with how we think and feel about our bodies.

"Our society packs so much into fat, like fat is a bad word," Mermaid Chè said.

Chè is a professional mermaid from Washington D.C. She didn’t see anyone who looks like her mermaiding, so she started the Society of Fat Mermaids.

"There's no right or wrong way to be a mermaid, you know?" Mermaid Chè said. "And it's just fun. Like at the end of the day, we're a bunch of grown ups playing, like, make believe."

Mermaid Chè celebrates body positivity, no matter the shape, size, gender, color or abilities. But not everyone is happy with their bodies, so what do you do then?

There’s something between loving your body and hating it: It's a concept called “body neutrality.”

"Body neutrality is like a stepping stone along this body image journey, so especially for people who have been hating their body for so long, it's a place that they feel comfortable in," said Anne Poirier, a body image coach who popularized the term. "I call it a resting place from the chaos of our own critical thinking, our criticism, self-criticism, and  society."

Poirier talks a lot about body neutrality in her book “The Body Joyful." She says it's about appreciating your body, but how does it work in the real world?

"See your body as the efficient machine that it is, and you can see your body accepting your body for what it does, which is appreciation," Poirier said. "I appreciate that my body can do this. I respect my body."

It’s more than the visual way your body looks, but rather what your body can do.

"Body positivity can leave some people feeling like it's just another thing they're failing at because they're not rah rah enough about their, you know, about their physicality," said Tigress Osborn, chair of the National Association to Advance Fat Acceptance. "So body neutrality creates more space for, you know, for just sort of accepting my my body is what it is."

Body neutrality is a more realistic and authentic approach that could even ground people.

"I think part of my own story is having an eating disorder: hating my body and realizing that how much I missed out on, how many things I missed, especially with my daughters and family events and things, because I was so consumed in my head that I had to be a certain size," Poirier said.

It doesn’t matter what size, weight, color, ability or gender — body neutrality can be utilized by all.