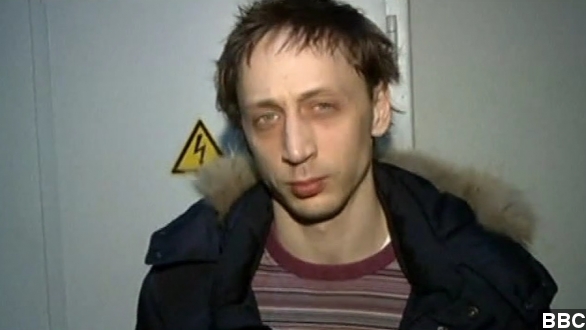 Three men are headed to jail after they were found guilty of carrying out an acid attack on the ballet's artistic director.

Three men, including a star dancer with the Bolshoi Ballet, are headed to jail after they were found guilty of carrying out an acid attack on the ballet's artistic director.

Dancer Pavel Dmitrichenko was sentenced to six years behind bars for masterminding the attack that left Sergei Filin severely burned and nearly blind. (Via Sky News)

Dmitrichenko's accomplice, ex-convict Yuri Zarutsky, was given 10 years. He was reportedly the one who threw the sulfuric acid in Filin's face. And the driver involved in the attack got four years. (Via CBC)

A judge ruled Tuesday the three had made plans to injure Filin months before the Jan. 17, 2012 attack. And investigators claimed it was all because of a bitter conflict between Dmitrichenko and Filin.

According to police, Filin was walking to his apartment in Moscow when a masked man tossed the acid into his face. The artistic director has been in Germany ever since, where doctors are working to save his sight. (Via BBC)

Dmitrichenko said during the trial he had taken Zarutsky up on an offer to beat Filin up, but he had no idea acid was going to be used in the attack. (Via WILM)

Filin said in his testimony Dmitrichenko was far from the perfect employee and he constantly caused trouble. But he never accused him of planning the attack.

The dancer said he was shocked when he heard about the brutal attack and told his accomplice they should turn themselves in. But Dmitrichenko told the court Zarutsky threatened to harm his girlfriend if he went to the police. (Via WJXT)

In the end, the dancer pleaded not guilty, but he did admit quote "moral responsibility" because he says he spoke badly of Filin in front of Zarutsky. Lawyers for the three men have said they will appeal the decision.