Bolsonaro: Brazil Is Not Responsible For Oil Spill 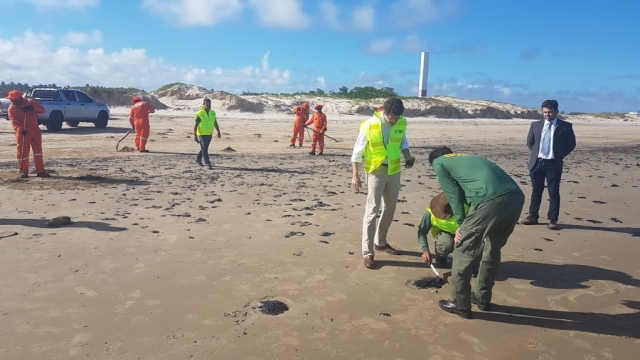 The oil spill has been polluting Brazil's beaches since early September.

Officials in Brazil are trying to figure out where an oil spill came from that has polluted beaches along the country's northeastern coast.

On Tuesday, President Jair Bolsonaro said the oil spill is not from Brazil. He said they have a country in mind, but didn't name the country because of the ongoing investigation. He also said the oil spill could be the result of criminal activity. The oil spill has been polluting Brazil's beaches since early September.

On Twitter, Brazil's environment minister said environmental agencies have cleaned up more than 100 tons of oil from beaches.