Bolton Warns US Could Ramp Up Sanctions On North Korea 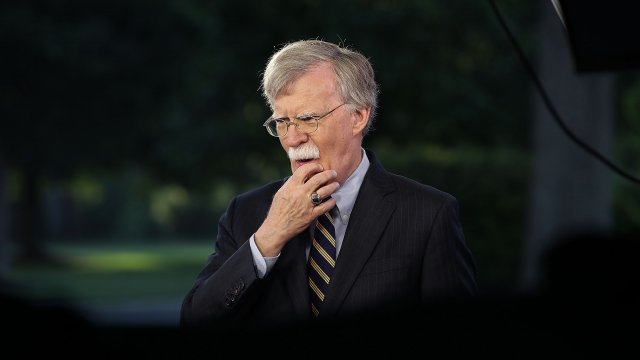 The president's national security adviser, John Bolton, warned that the U.S. will consider increasing sanctions on North Korea if it doesn't completely denuclearize.

Bolton told Fox Business Network Tuesday, "If they're not willing to do it, President Trump has been very clear that they're not getting relief from the crushing economic sanctions that have been imposed on them. And we'll look at ramping those sanctions up, in fact."

President Donald Trump said Kim promised him last week during their summit in Vietnam that North Korea would not resume nuclear and missile tests.

That summit ultimately ended with the two leaders unable to agree on steps towards denuclearization and lifting U.S. sanctions.