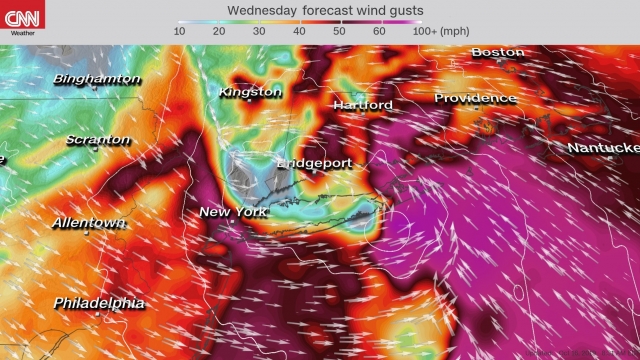 Bomb cyclones are rapidly strengthening storms with a specific drop in barometric pressure within 24 hours.

Powerful winds have caused major power outages in New England, and some areas might be without electricity for several days.

According to CNN, the storm over southern New England had pressure equivalent to a Category 2 hurricane.

This type of storm is known as a "bomb cyclone." It's a weather term that refers to a rapidly strengthening storm with a specific drop in barometric pressure within 24 hours. In this storm, some areas experienced that steep drop in around 12 hours.

Hundreds of flights have been canceled at the area's airports, with more expected through late Friday.