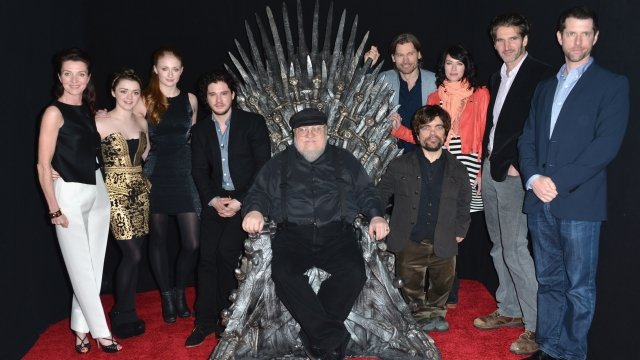 The seventh season of "Game of Thrones" premieres this Sunday, and it's getting so much hype that bookies have put out betting odds on what will happen this season.

The big question fans and, now, betting markets have, is this: Who will sit atop the Iron Throne?

Current monarch Cersei Lannister is the strong favorite to keep that seat until the end of this season. But when the show itself wraps up, the bookies think Westeros will belong to the Khaleesi, Mother of Dragons, Breaker of Chains — you know the rest.

Entire countries have less revenue than this season's budget for "Game of Thrones."

The other big question that has everyone crunching the numbers: Which character will die first?

Author George R. R. Martin has a reputation for killing off popular characters. But the show has outpaced his books, and he doesn't control the ending. But fan favorites Tyrion Lannister, Sansa Stark and Jon Snow should be safe with 100-1 odds that any of them will be the first to go.