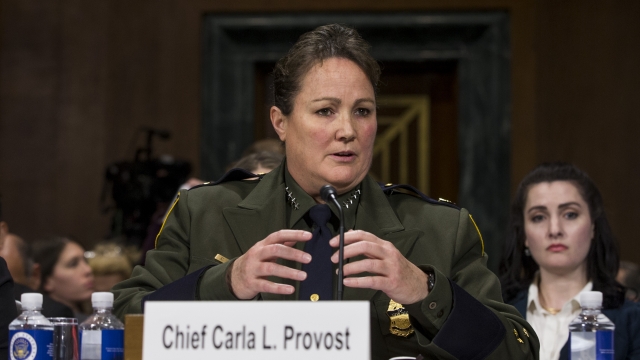 The head of the U.S. Border Patrol admitted on Wednesday that she was a member of a secret Facebook group that made offensive comments about migrants and members of Congress.

During a House Appropriations subcommittee hearing, Chief Carla Provost told lawmakers that she "very rarely" logs on to Facebook and wasn't aware of the offensive posts.

"Not only did I self report, I turned my entire Facebook account over to the Office of Professional Responsibility. And when I say that, I gave them my log in and my passwords so they had full access to my account and they were able to go in and look at all of my activity over the three years that I have been a member of Facebook," Provost said.

Provost said she accepted an invitation to join the group in 2017 as a way to see what others in the agency thought of her job performance. She added that she hadn't been aware of the "I'm 10-15" Facebook group's content until after ProPublica uncovered the secret group of border officers.

Provost previously condemned the posts, calling them "completely inappropriate." But Wednesday marked the first time she acknowledged being a member.

Earlier this month, U.S. Customs and Border Protection revealed it's investigating dozens of its current and former employees over their participation in the secret Facebook group and others like it.