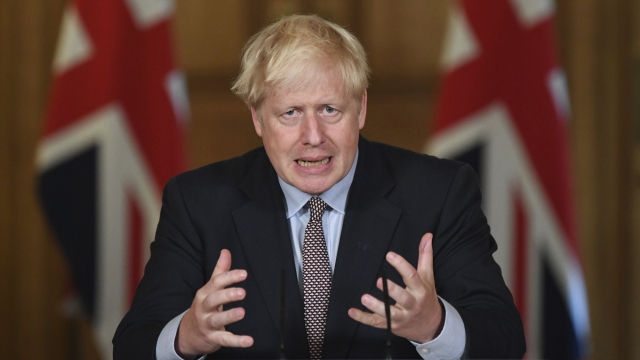 Johnson lowered the limit on gatherings from 30 people to six to help curb the rising number of cases. Breaking the law could result in a fine or arrest. He's also making test-and-trace mandatory in hospitals, introducing "COVID-secure marshals" to enforce social distancing and a what is being called a "moonshot" plan — a testing plan that would allow UK residents to return to a more normal life with mass testing.

The new measures, which take effect Monday, makes some exceptions such as gatherings for work or school.

Johnson said the measure are to avoid the need for a second national lockdown.