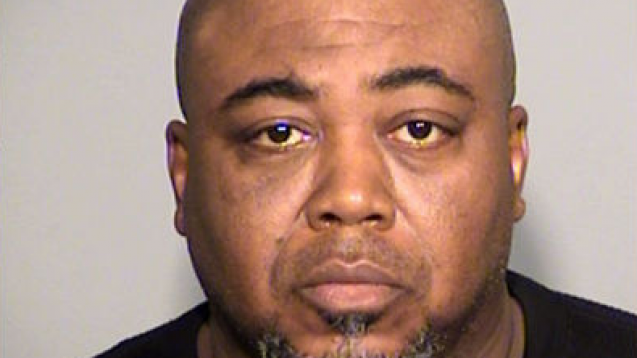 Kevin Watkins reportedly accused one of the teens of being involved in a recent burglary at his home.

Indianapolis bounty hunter Kevin Watkins has been charged with murder in the deaths of two teenagers who went missing on Christmas Eve.

Newsy's partners at WRTV report Watkins accused 16-year-old Dionne Williams of being involved in a recent burglary at his home.

Williams' mother went to Watkins' home on Christmas Day when she hadn't heard from her son or his 15-year-old friend Timmee Jackson. She reportedly found blood on the porch and in the yard.

Police later found a trail of blood leading to the garage of a neighboring vacant property before splitting into two trails. They also found a bloody rake, brain matter, bone fragments, a fingertip and the packaging for a tomahawk.

Muddy jeans, blood-splattered shoes and a BB gun were found in a dumpster outside of Watkins' business.

WXIN reports surveillance video showed a man shake hands with Watkins on the night of Christmas Eve and carry something into a white Ford before driving away.

Officials later found evidence of blood in that vehicle and in Watkins' SUV.

As of Wednesday morning, Williams' and Jackson's bodies have not been found. Watkins is being held without bond.