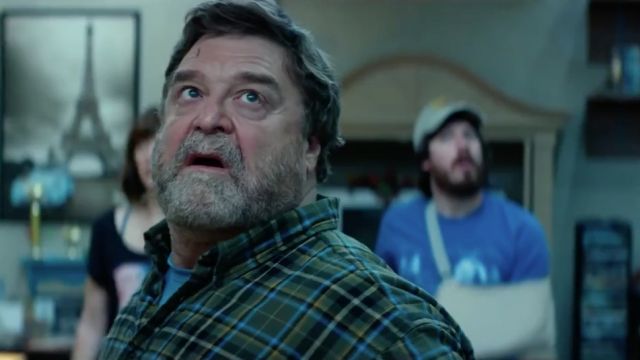 In a day and age when trailers give the story away, "10 Cloverfield Lane" went the complete opposite direction, keeping viewers in the dark.

With four wide releases debuting this weekend, only one new film was able to crack the top three — and honestly, I still don't know what it's about.

Holding on to the No. 1 spot this week is "Zootopia," bringing in an estimated $50 million and pushing its domestic total to more than $142 million. Strong reviews and buzz from the debut seem to be pushing the family film to a better-than-average second week.

Also, considering the large number of new releases this weekend, the $50 million haul is even more impressive.

"10 Cloverfield Lane" is the only new film that managed to crack the top three, bringing in an estimated $25 million in its debut. The $25 million is more than enough to make up for the $15 million production budget.

It's also more money than all three of the other new nationwide releases managed to bring in combined.

In a day and age when trailers tend to be a full synopsis rather than a true tease, "10 Cloverfield Lane" goes the complete opposite direction, keeping viewers in the dark for all of its trailers and most of the actual movie.

We know "10 Cloverfield Lane" isn't a sequel, but the film does have some connection to the 2008 found-footage film "Cloverfield." Add on the extremely vague marketing campaign plus a rock-solid performance from John Goodman, and you get a genuinely compelling mystery thriller for moviegoers and critics alike.

"I agree that the answers aren't as interesting as the not knowing; the mystery is more compelling than the resolution. But I didn't mind the resolution." The Wrap's Alonso Duralde said.

Our favorite anti-hero continues to have a great month at the box office, taking the No. 3 spot this week and bringing in an estimated $10.8 million. After five weeks at the box office, "Deadpool" has made more than $708 million worldwide and can officially claim a spot among the top 10 highest grossing comic book films of all time.

As for next week, if you can't get Katniss and Peta, you've always got Tris and Four.