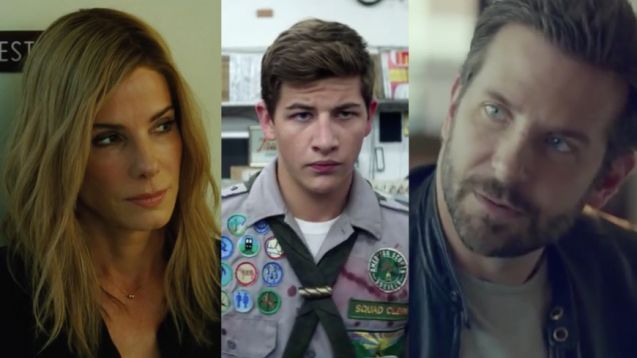 While it's been rough for most movies this month, "The Martian" has dominated the box office since its release, taking the No. 1 spot four times.

This Halloween weekend, kids and adults alike picked out costumes, dressed up and proceeded to do everything but go to the movies.

Taking the No. 1 spot again is Ridley Scott's "The Martian" bringing in an estimated $11.4 million and spending another weekend at the top of the box office.

While it's been rough for most movies this month, "The Martian" has dominated the box office since its release, taking the No. 1 spot four out of the five weekends it has been in theaters.

But, in order to win, somebody's gotta lose. May I present the long list of losers.

And that's just this weekend. Warner Bros. took an even larger hit earlier this month with "Pan," and despite great reviews, "Steve Jobs" flopped last weekend.

But historically, October has been a bad month for the movies. If you average the total box office earnings for the last five years, it's actually the worst month to release a flick during the fall season by a lot.

And if you're still not convinced, here's a stat — this is the worst weekend at the box office this year by total ticket sales.

One movie that did manage to rise above the fray is "Goosebumps," bringing in an estimated $10.2 million in its third weekend out.

"Bridge of Spies" holds on to its third-place spot this week, bringing in an estimated $8 million. The Spielberg/Hanks drama has a $45 million domestic total after three weeks, which makes for the pair's worst showing together so far.

As for next week, Aston Martins, martinis and lots of ticket sales.

This video includes images from NASA and Getty Images.