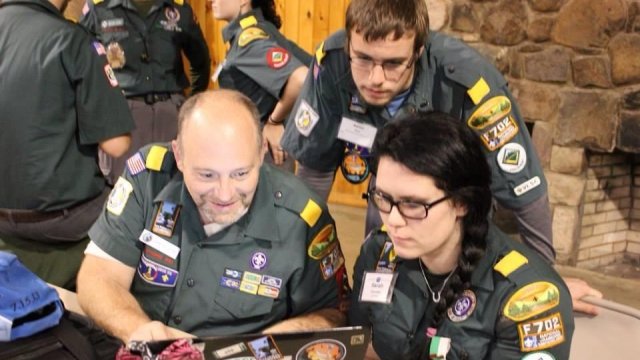 This decision follows some controversy with the Girl Scouts of the USA.

Girls can be almost anything they want nowadays — CEOs, world leaders, and now, Boy Scouts.

The Boy Scouts of America announced Wednesday it's expanding its Cub Scout program to welcome girls and will give them the opportunity to earn the Eagle Scout rank.

The organization says this will create convenient programs for whole families, as well as spark interest in demographics "underserved by Scouting." Officials say these demographics include members of the Asian and Hispanic communities.

"This is not just about potentially involving little girls or sisters of our current Cub Scouts. This is about creating a demand and an avenue to serve the whole family that are nonlegacy members," Chief Scout Executive Mike Surbaugh said earlier this year.

Starting in the 2018 year, existing Cub Scout packs can choose to establish an all-girl, all-boy or co-ed pack. Cub Scout dens — which are smaller groups that make up packs — will continue to be single gender.

The Boy Scouts of America is also developing a program for older girls "using the same curriculum as the Boy Scouts program." That program will allow girls to earn the Eagle Scout rank, and it's projected to start in 2019.

We don't know yet what the Boy Scouts program for girls will be called but calling it "Girl Scouts" could get a little confusing and maybe even controversial.

As of Wednesday afternoon, the Girl Scouts of the USA hadn't commented on the Boy Scouts' latest decision. Earlier this summer, however, multiple outlets reported a growing tension between the organizations.

Back in August, a Girl Scouts spokesperson told BuzzFeed that opening more Boy Scouts programs to girls could be "a potentially dangerous and bad idea." The Girl Scouts' communications director told Slate that, because of differences in how boys and girls learn, the Boy Scouts program "will not simply translate easily into girls."

But girls already can take part in Boy Scouts programs for Venturing, Sea Scouting, Exploring and STEM Scouts. Co-ed programming by the Boy Scouts actually dates back to 1971.