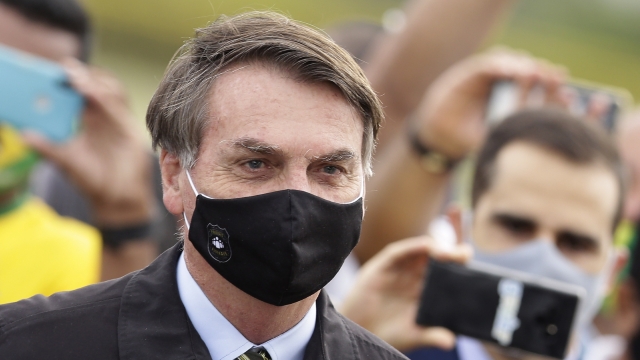 He said he wasn't felling well Sunday and then it got worse on Monday. He said he started to feel tired, had some muscle pain and a fever. He also said he went to the hospital to check on his lungs, which he said "came back clean."

Bolsonaro, similar to President Donald Trump, has downplayed the virus for months. In the past, he's called the virus a "little flu" and at times ignored social distancing and refused to wear a mask.

Brazil has the second most number of cases, trailing only the United States. More than 1.6 million cases have been confirmed so far, with more than 65,000 deaths.

He reportedly told reporters his medical team gave him hydroxychloroquine and azithromycin. On Tuesday, he said he was "feeling very well," crediting the hydroxychloroquine even though the anti-malaria drug has not been proven to treat COVID-19.