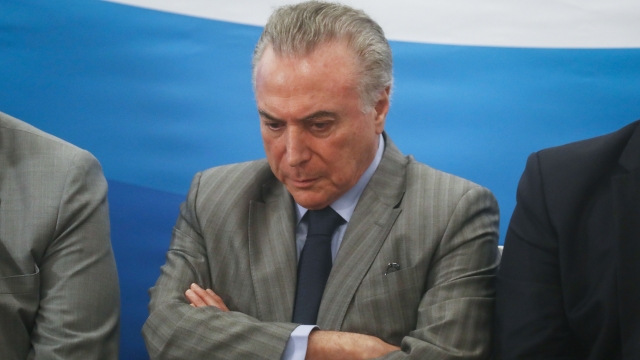 Temer's arrest is part of Operation Car Wash, a huge corruption investigation that started in 2014.

His arrest is part of Operation Car Wash, a huge investigation that started in 2014. The start of the case is linked to accusations that Petrobras, the state oil company, accepted bribes in exchange for contracts. But the investigation has since spread far beyond that.

Temer only served a partial term, taking over after former President Dilma Rousseff was ousted. His time in office was fraught with corruption accusations, but as the sitting president, he couldn't be charged.

He now faces 10 charges, and five of those are linked to crimes he allegedly committed while in office. Temer has repeatedly denied any wrongdoing.