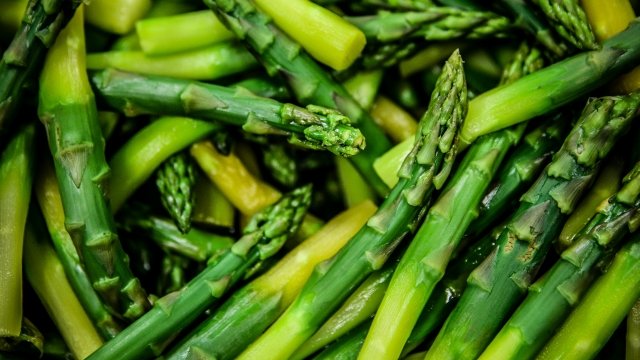 Researchers found that the spread of breast cancer was greatly reduced when asparagine, a protein building block, was removed from a diet.

The spread of a particularly deadly type of breast cancer could be slowed with a change of diet, according to a new study.

The research was looking at asparagine, an amino acid found in asparagus and lots of other foods. It's believed asparagine is necessary for tumors to spread. So the researchers fed cancerous mice either a high or low aspargine diet.

A global study found 72 previously unknown gene mutations that could predispose a woman to breast cancer.

The result: Cancer in mice on the low asparagine diet spread much more slowly.

The researchers say such a diet might be useful in humans, but it's incredibly restrictive. Aspargine is found in just about everything except fruits and some vegetables. But the researchers are still considering a human trial to see if the diet can really help.