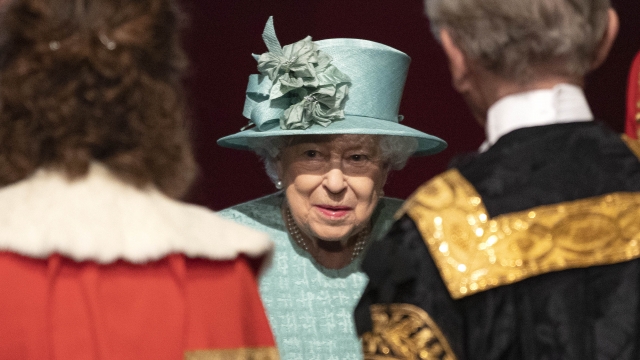 The U.K. is still on track to officially leave the EU before Feb. 1.

After years of political deadlock, a bill that would see the U.K. leaving the EU has finally cleared the country's Parliament.

The European Union (Withdrawal Agreement) Bill officially became law after the queen approved it on Thursday.

"I have to notify the House in accordance with the Royal Assent Act 1967 that Her Majesty has signified her royal assent to the following act: European Withdrawal Agreement Act 2020," Deputy Speaker Nigel Evans said.

After both houses of Parliament agreed to push the bill forward on Wednesday, Prime Minister Boris Johnson said the country can now "move forwards as one United Kingdom," adding: "At times it felt like we would never cross the Brexit finish line, but we've done it. Now we can put the rancor and division of the past three years behind us and focus on delivering a bright, exciting future."

But not everyone was happy with the news. Scottish National Party lawmaker Ian Blackford criticized the move as "a constitutional crisis," saying the governments in Scotland, Wales and Northern Ireland did not support the bill.

The EU council and commission presidents are expected to sign off on the agreement in the coming days. Then it heads to the bloc's Parliament for a vote next week, where it's expected to pass. If everything goes according to plan, the U.K. will officially leave the EU at 11 p.m. local time on Jan. 31.