A Brexit Deal Starts To Form Before A Key December Deadline 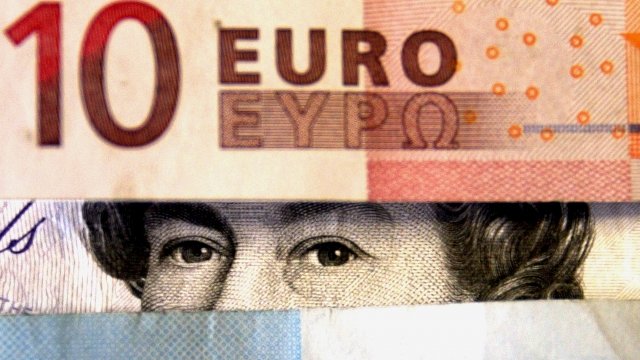 British media estimated the "divorce bill" could cost the U.K. about $60 billion.

The European Union and the United Kingdom are closing in on a deal before a key Brexit deadline.

Recent reporting claims the two sides have come to some form of an agreement over the "divorce bill," which outlines how much money the U.K. owes the bloc — and what it will have to pay after it leaves.

The two sides have to agree on three things: that bill, the rights of EU citizens in the post-Brexit U.K. and what to do about the border with Northern Ireland.

All that has to be done by mid-December so negotiations can move on to a trade deal.

Merkel's attempt to forge a coalition government with Germany's smaller liberal parties failed over the weekend.

It's still not clear how much money the U.K. will actually agree to pay; politicians don't seem eager to face the political toxicity of announcing a firm price. But reports show the deal could cost the U.K. somewhere around $60 billion.