The US' History Of Protecting Religious Freedom In Other Countries 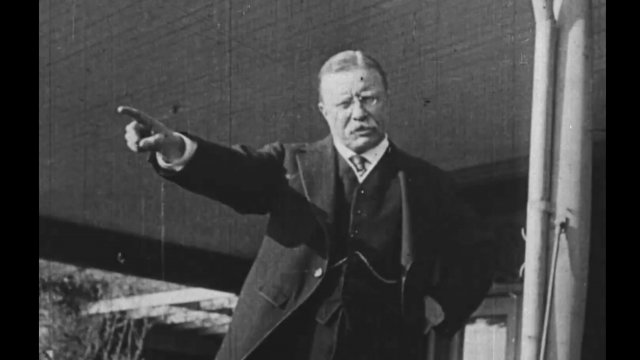 What was once largely an effort to protect 19th century Christian missionaries has evolved into a much, much bigger strategy.

In 1903, U.S. efforts to promote international religious freedom took a major turn. Following a Russian pogrom of Jews in Kishinev, President Theodore Roosevelt gave Czar Nicholas II what amounted to a scolding.Prior to that, American efforts to oppose religious oppression largely focused on protecting American Christians traveling abroad.Since President Roosevelt's decision to get involved with another sovereign power's oppression of its own citizens, the U.S. has adopted the tactic as a legitimate diplomatic and national security strategy. This ramped up most notably during the Cold War as the U.S. fought an atheist Soviet Union for world power.Luke Perez, post-doctoral fellow at the Kinder Institute on Constitutional Democracy, says the domino effect here has led to hugely important moments in humanitarian history. This includes evacuating religious North Vietnamese citizens to safety, one of the world's first human rights laws and more."It's very easy for any particular individual to say I want my religious faith to be protected, regardless of what that faith might be," Perez says. "If you can get them to at least acknowledge that in order to protect their faith, they need to respect the religious faith of others, that can become a fairly quick and easily recognizable starting point for democracy promotion, for example."The U.S. record of fighting religious persecution isn't perfect, of course. Critics argue recent administrations have de-emphasized the strategy, leading diplomats to be reactive rather than proactive. And the Supreme Court-upheld travel ban still overshadows U.S. policy since it's perceived by many as primarily targeted at Muslims.