British Officials Want A Worldwide Ban On Microbeads In Cosmetics 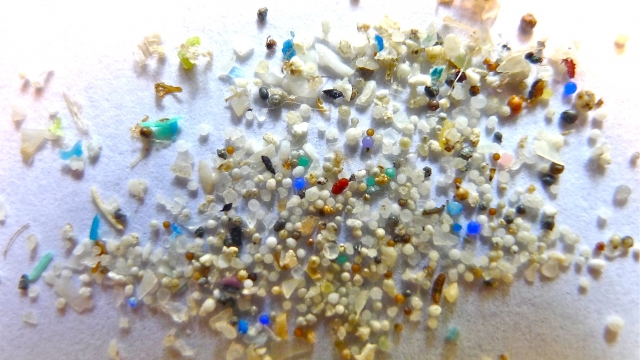 These microbeads are reportedly a danger to the environment and human health.

Members of the British parliament are pushing for a worldwide ban on plastic microbeads in cosmetics due to environmental and health concerns.

These tiny balls of plastic are smaller than 1 millimeter and have been used in toothpastes and face and body washes. Despite their small size, the beads are still able to absorb chemical pollutants.

Just one shower with one of these products can send 100,000 microbeads into waterways.

Cosmetics companies have promised to stop using them by 2020, but a committee with the British parliament wants a full legal ban now. The committee argues pollution is an international issue.

While microbead pollution may not be as visible a danger as, say, plastic bags, experts say microplastics can cause a lot of harm. Their smaller size means fish are much more likely to eat them.

One fish eats another, and as the food chain moves up all the way to dinner tables, humans are eventually the ones eating the microplastics.

Abrasion of car tires is actually the biggest source of microplastic pollution in oceans. Cosmetics represent, at most, 4 percent of the microplastic pollutants, but some officials argue a ban in that industry would show a commitment to the issue as a whole.

The U.S. banned microbeads in cosmetics back in December.