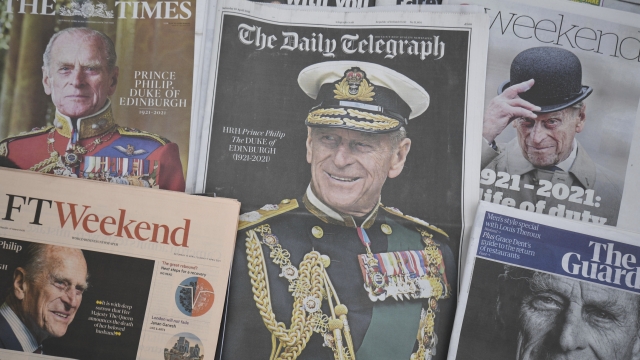 The Union flag was raised back to full mast over Buckingham Palace and Downing Street in London on Sunday.

Britain has ended it's period of mourning over the death of Prince Philip, the Duke of Edinburgh.

On Sunday, the Union flag was raised back to full mast over Buckingham Palace and Downing Street in London.

The country began its period of mourning on April 9 after Queen Elizabeth the II's husband of 73 years died.

Philip was buried in the Royal Vault in St. George's Chapel at Windsor Castle on Saturday.