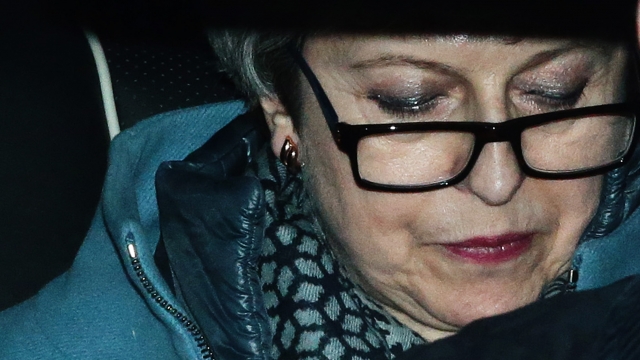 On Friday, they voted 344 to 286 against May's draft proposal to leave the European Union.

On Friday, the U.K. Parliament voted 344 to 286 to reject May's draft proposal to leave the European Union.

E.U. officials have signed off on May's divorce deal, but British lawmakers have voted against it three times now, despite the prime minister's best efforts to get them on board. She even offered to resign from her position if her agreement was passed.

The news came the same day that the U.K. was originally scheduled to leave the bloc — March 29. The E.U. said in a statement shortly after Friday's vote that a no-deal Brexit on April 12 is "now a likely scenario." European Council President Donald Tusk has called for an emergency summit on April 10.