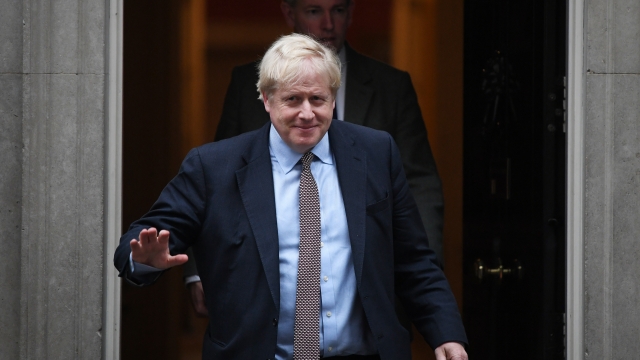 Boris Johnson is urging Labour Leader Jeremy Corbyn to back a Dec. 12 election to give Parliament more time to debate his Brexit deal.

British Prime Minister Boris Johnson is asking for a snap election to give Parliament more time to debate on his Brexit deal.

Johnson sent a letter to Labour Party Leader Jeremy Corbyn urging him to back a Dec. 12 election, writing, "It is our duty to end this nightmare and provide the country with a solution as soon as we reasonably can."

But Valerie Vaz, the shadow leader of the House of Commons, says Labour won't back an early election unless a no-deal Brexit is taken off the table.

The House of Commons has scheduled a debate and vote on Johnson's proposal for Monday.

Johnson has repeatedly said the U.K. would leave the EU by the Oct. 31 deadline, with or without a deal in place.

Meanwhile, EU leaders will vote soon on whether or not to extend the Brexit deadline until Jan. 31.