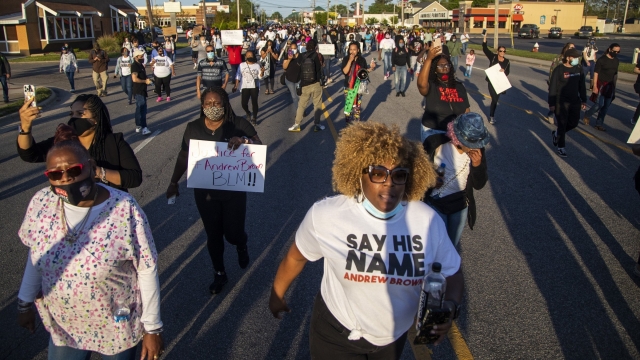 They said it shows he was shot five times, including once in the back of the head, which they say was the cause of death.

The attorneys representing the family of Andrew Brown, Jr. shared results of their independent autopsy into his death at the hands of police.

They said it shows he was shot five times, including once in the back of the head, which they say was the cause of death.

His family was allowed to view about 20 seconds of body camera video, but they're demanding to see more.

Law enforcement says a judge must approve before making the footage public.