Bruce Jenner: 'For All Intents And Purposes, I Am A Woman' 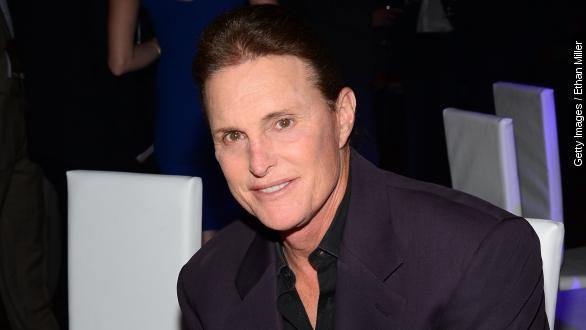 After months of rumors Bruce Jenner finally set the record straight during an interview with Diane Sawyer.

Bruce Jenner finally confirmed in an ABC News exclusive what has been swirling through the rumor mill for months. That he is transgender and identifies as a woman, although he asked ABC's Diane Sawyer to continue to use he/him pronouns at the moment.

Many have said this interview represents a historic moment for the transgender community in the U.S.

"Having someone in the media very publicly openly transgender could have a huge impact on how the country and the world views transgender issues," activist and writer Parker Molloy told The Today Show.

That's on top of many other historic moments this year, including Barack Obama becoming the first president to say the word transgender during the State of the Union address.

"That’s why we ... condemn the persecution of women, or religious minorities, or people who are lesbian, gay, bisexual or transgender. We do these things not only because they are the right thing to do, but because ultimately they will make us safer," Barack Obama said.

There have also been many visible moments in entertainment, including the recent pop culture dominance of actress and LGBT advocate Laverne Cox. (Video via Netflix / "Orange Is The New Black")

American Vogue featuring its first spread with a transgender model.

And Amazon's original program "Transparent" winning the Golden Globe for Best TV Series, and Jeffrey Tambor winning Best Actor for his role in the series.

"Are you saying you're going to start dressing up like a lady all the time?"

"No, honey, all my life I've been dressing up like a man."

But this interview doesn't mean Jenner's revelations should be considered representative of all transgender experiences.

Laverne Cox told Time it's about listening to individuals in terms of how they define and describe themselves.

"The reality is that I don't represent the entirety of the trans community," Cox said. "There's multiple experiences and multiple relationships to one's identity."

As for Jenner, he told ABC, "What I'm doing is going to do some good, and we're going to change the world. I really, firmly believe that."