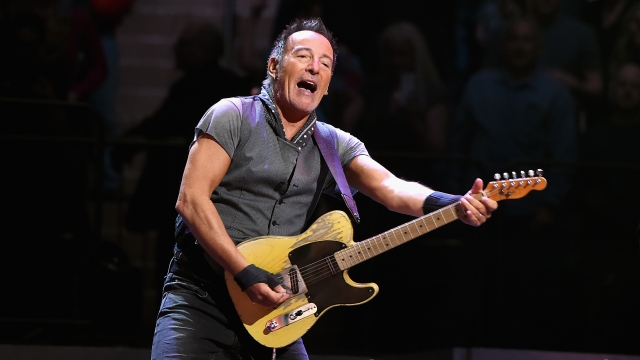 Fans who bought tickets for Springsteen's show will get a refund.

Bruce Springsteen fans in Greensboro, North Carolina, won't be dancing in the dark anytime soon, because The Boss canceled an upcoming concert. And you can blame the governor and state lawmakers.

Springsteen moved the concert in protest of the state's so-called "bathroom" law, which, among other things, forces transgender people to use the restroom associated with the gender on their birth certificates, not their gender identity.

Springsteen released a statement saying, "Right now, there are many groups, businesses, and individuals in North Carolina working to oppose and overcome these negative developments. Taking all of this into account, I feel that this is a time for me and the band to show solidarity for those freedom fighters."

The Boss is right: More than 80 business leaders, including Facebook's Mark Zuckerberg and Apple CEO Tim Cook, signed a letter calling for a repeal of the law.

And PayPal canceled plans to open an operations center in Charlotte because of the bill, taking 400 new jobs with it. The CEO released a statement saying the "new law perpetuates discrimination and it violates the values and principles that are at the core of PayPal’s mission and culture."

Fans who bought tickets for Springsteen's show will get a refund.