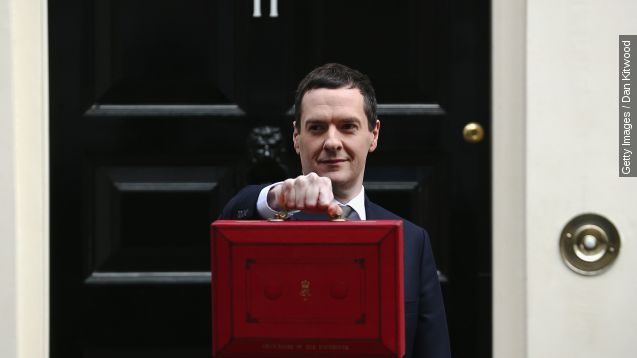 The U.K. House of Lords rejected a budget deal approved by the House of Commons, raising questions about the Lords' role in democratic government.

The budget plan U.K. Treasury chief George Osborne unveiled in July was a masterpiece of conservative values: heavy cuts to spending and welfare, a bit of tax relief and an overall surplus. Tories in the House of Commons were very excited.

But now, Osborne's going to have to go back to the drawing board on some of those commitments, thanks to an unexpected move by the unelected members of the House of Lords. (Video via U.K. Parliament)

The upper chamber of the U.K. Parliament is currently made up of 816 peers. Some inherit their title, some are bishops in the Church of England, but most of the members are appointed by the prime minister and serve for life. (Video via C-SPAN)

Traditionally, the Lords don't interfere with financial legislation, but this legislative session has been unusually contentious; the BBC reports the government has lost 75 percent of the votes it has put before the House of Lords.

House of Commons leader Chris Grayling told Radio 4, "I think this is all about the Labour and Liberal Democrat peers in the Lords who are unhappy that they lost the election."

The latest loss has sparked something of a constitutional crisis. Prime Minister David Cameron has launched a review of the Lords' powers over financial bills, and there have been several calls to reform the undemocratic chamber.

For now, though, the Lords will get their way — Osborne has promised to rebalance the budget to satisfy the upper House.