Sen. Richard Burr Steps Down As Chairman Of Intelligence Committee 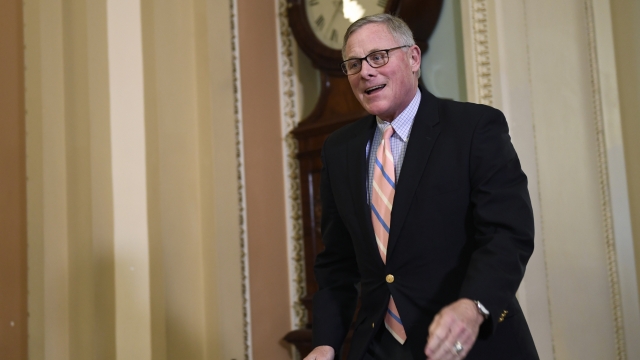 Sen. Richard Burr and his wife sold between $628,000 and $1.7 million worth of stock in mid-February, just before the market nosedived.

Sen. Richard Burr has stepped aside as chairman of the Senate Intelligence Committee amid an FBI investigation into his stock sales. Newsy's Alex Miller confirmed the news.

Burr and his wife sold between $628,000 and $1.7 million worth of stock in mid-February, just before the market nosedived amid the coronavirus pandemic.

The Los Angeles Times was the first to report that Burr's cellphone was seized, noting the FBI also served a warrant to Apple for information on the senator's iCloud account.

As chairman of the Senate Intelligence Committee, Burr was receiving closed-door briefings on the threat of COVID-19 in the weeks leading up to his stock sales.

Burr's since denied any wrongdoing, saying he made the decision to sell based solely on public information. The North Carolina Republican also called for the Senate Ethics Committee to review his trades.

Under the 2012 Stock Act, it's illegal for lawmakers to use insider information to make trading decisions. Several other U.S. senators, including Dianne Feinstein and Jim Inhofe, have been criticized for their stock transactions prior to the market downturn. It's unclear, though, if the Justice Department is looking into those trades.

So who will fill in for Burr? It's based on seniority, so Sen. James Risch is first in line. But he's already chairman of the Foreign Relations Committee and can't hold a second chair. Next would be Sen. Marco Rubio, but he's in the same situation with the Small Business Committee. That leaves it to Sen. Susan Collins. But it's not entirely clear if she'll accept the role amid her tough bid for reelection.

Burr will officially leave his role at the end of the day Friday.