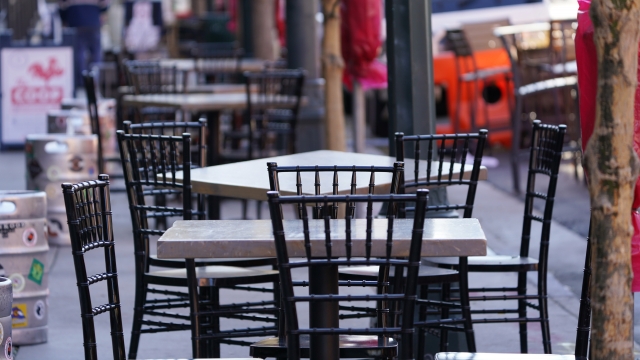 Faced with new COVID-19 restrictions and potential lockdowns, businesses worry for their futures.

As COVID-19 cases soar, health officials say the U.S. needs to brace for a new wave of restrictions.

"Now we need to double down on the public health measures as we're waiting for the vaccine to come and help us out," Dr. Anthony Fauci, director of National Institute of Allergy and Infectious Diseases, said.

Across the country, states are announcing plans for new restrictions and mask mandates. Cities like Chicago have even issued new stay-at-home advisories.

"We see no sign of slowing here, and we are in uncharted territory. We are the largest city in the part of the country that is having the most uncontrolled outbreak," Dr. Allison Arwady, commissioner of the Chicago Department of Health, said.

An outbreak with increasingly deadly consequences.

"It's what we've seen play out in Europe, and now we're catching up. So we're seeing the huge, exponential rise in cases, deaths starting to follow suit. We're already at over 1,000 deaths a day. Quite a bit more than that," Dr. Chris Murray, director of the Institute for Health Metrics and Evaluation, said.

Many business owners are frustrated over new measures like curfews in New York City. Some say their businesses barely survived the first wave of shutdowns.

"Hopefully we survive. And I'm sure we will, because, you know, it's a small staff here, but it definitely, you know, it sucks. It does," Teresa De La Haba, owner of McSorley's Old Ale House, said.

"Obviously not happy about it. It seems like it's most likely an omen for future restrictions," Derek Tighe, managing partner of Forgtmenot, said.

Some business owners are even going so far as saying they may ignore new COVID-19 measures altogether.

"You could fine me $100,000 a day and it's not going to do you any good, because you're not going to get the money," Larry McNamer, owner of Major's Diner, said.

Restaurant-goers say they are disappointed but understand the reasoning behind new measures.

"Anything that can look out for the better interest of everybody is fine by me. It's not good for business, but, you know, I mean, whenever we have to do," Nick Steinberg, a customer at McSorley's Old Ale House, said.