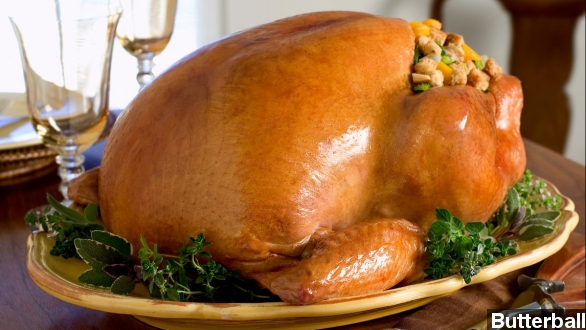 Butterball says it had to cut orders for large fresh birds by about 50 percent to grocery stores nationwide.

Say it ain't so. With Thanksgiving right around the corner, turkey-distributing giant Butterball says there might be a shortage of at least one type of turkey.

Th shortage was actually made public last week, but many media outlets didn't pick up on the story until Monday. But, not to worry — there are still plenty of turkeys left out there for you to buy. (Via WHDH)

To clear things up, Butterball didn't say there was a shortage for all of its turkeys. Specifically, it says its fresh turkeys weighing more than 16 pounds are the only ones affected by the shortage. Grocery store orders for those birds had to be cut by 50 percent nationwide. (Via WOIO)

KDFW notes Butterball says it has plenty of the smaller fresh and frozen turkeys weighing under 14 pounds for people to buy. But if you still would rather have a large turkey, you can still buy a frozen one.

If you were planning on getting a fresh Butterball turkey more than 16 pounds, The Huffington Post says your Thanksgiving could be ruined. That is, if Butterball is the only brand you had your eyes on for a turkey.

Grocery chains like Big Y have told shoppers it has received plenty from other distributors to replace Butterball's missing supply.

The North Carolina-based distributor sells about 20 percent of the country's Thanksgiving turkeys every year.