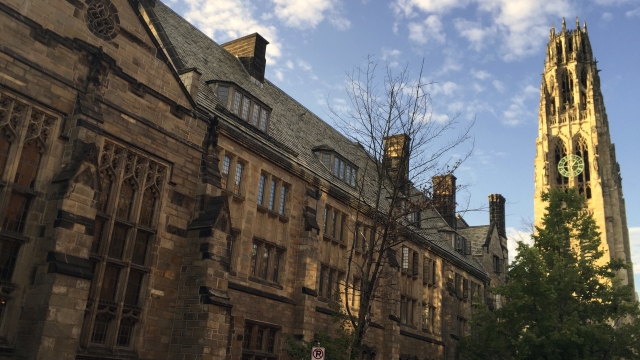 After 24 years of banning affirmative action, Californians may vote to reinstate it in November.

Affirmative action has become the latest instance of history repeating itself. A tool first used in the civil rights era, it remains a controversial issue.

Californians can vote this November to reinstate affirmative action in public colleges and universities — 24 years after they passed Proposition 209, which banned race- and sex-based admission policies.

The University of California wants to bring back affirmative action because Latinx and Black students are "underrepresented." The university says admission of these groups has "not kept pace with the diversity of students in K-12 schools or with the overall California population.”

State Assembly member Lorena Gonzalez said: "We saw a class go from being incredibly diverse, completely qualified, really robust in our discussions to one that lacked almost a single Black and Latino student."

Let's be clear: Race-based admissions doesn't mean you're automatically accepted if you're Black or Latinx. The Supreme Court has ruled that race can be one of many factors that admissions offices can use to consider accepting a student.

While affirmative action is being reconsidered in California, it was attacked in a recent Department of Justice investigation that found Yale discriminated against Asians and Whites in undergrad admissions. Critics we spoke to say the DOJ findings appear to be politically motivated.

Anurima Bhargava served in the Justice Department during President Obama’s administration. She says the DOJ investigation was purely political.

"In some ways, I think this was an appeal to Whites and to White privilege. And it was a racial attack once again on Black and brown communities," Bhargava said.

In a letter to Yale, the DOJ says instead of race being used as one of many factors, Yale used race at multiple steps in their admissions. They said Asian Americans have one-tenth to one-fourth the likelihood of admission of a Black student with comparable credentials — saying, "Yale’s use of race is anything but limited."

Professor and historian Melvin Urofsky said: "The Supreme Court has held that as long as race or gender or any other single factor is not the determining factor. And there are no quotas there. And colleges can use what they call a holistic approach in which race or gender can be taken into account. But it cannot be the determinant."

Urofsky, who wrote, "The Affirmative Action Puzzle," doesn't think Yale discriminates against Asian Americans because other factors can still come into play, like musical and athletic abilities or leadership skills. In Yale's class of 2023, Asian Americans make up nearly 26% of the student body, yet they make up 5.6% of the U.S. population. Urofsky says if anything, Asian Americans are overrepresented.

Bhargava says, "This is coming on the heels of a Black and Asian American woman being at the top of the ticket, the Democratic ticket."

Bhargava says the DOJ appears to be focused on taking down affirmative action to benefit White students instead of taking on more pressing injustices faced by students of color like school segregation, lack of student opportunities and harassment in schools.

This goes hand in hand with a case against Harvard and its admissions process. A lower court found Harvard had no conscious prejudice against Asian Americans, but the case has been appealed and affirmative action may once again wind up in the Supreme Court.